There’s no App for That View.

The myPad idea came out of one of those amusing conversations coworkers have when they’re stuck on a problem. At the time, Marquis Residences was one skyscraper in downtown Miami among the many skyscrapers already there.  Most of the buildings were alreadydraped in oversize banners for the release of Apple’s latest toy. Take our word for it – they were EVERYWHERE. In fact, at one point, if you were standing on the penthouse terrace at Marquis Residences, you could see four such banners. 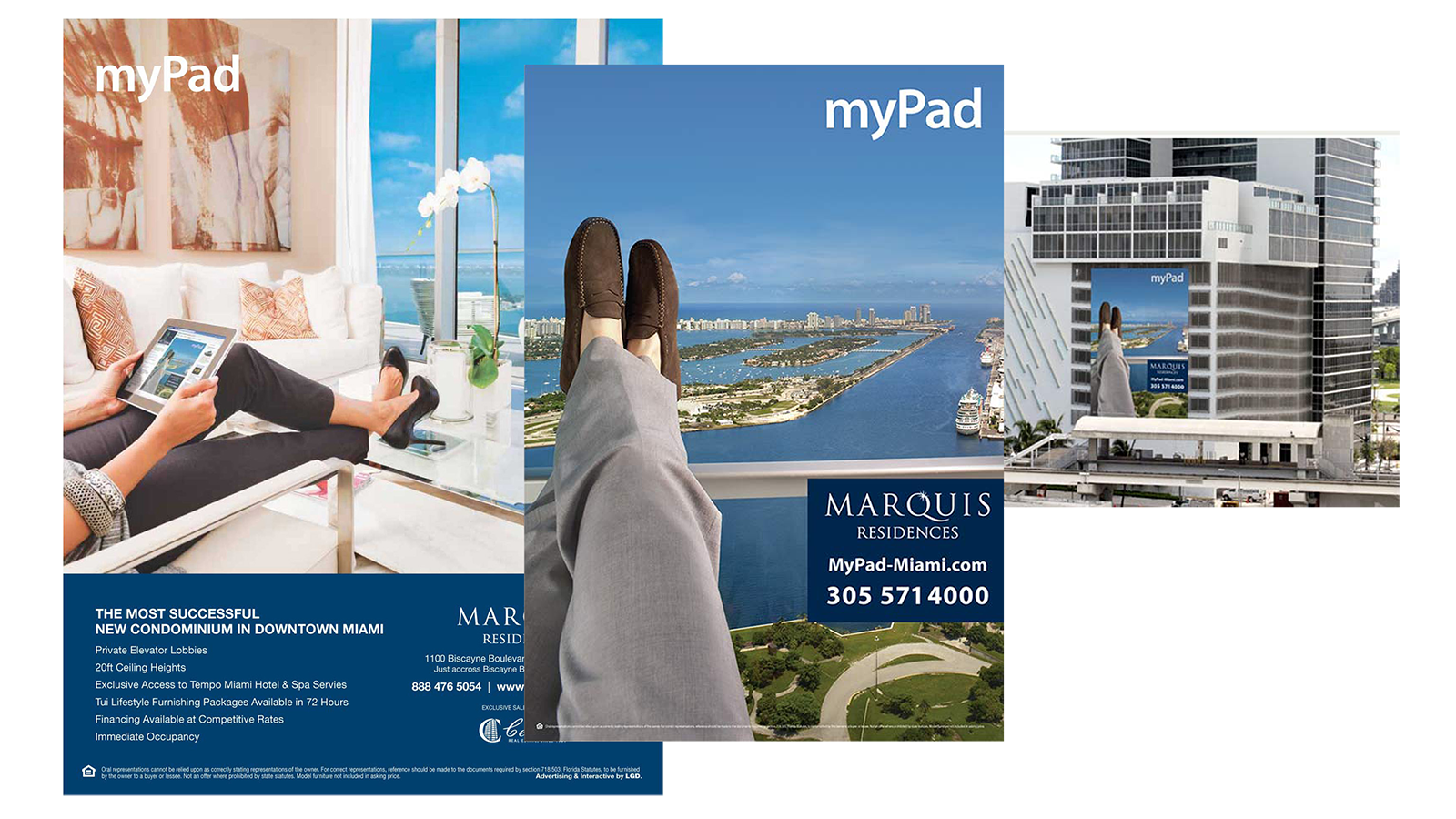 No one is sure who suggested doing an ad in response to the ubiquitous iPad. The client was particularly enamored with the device and may have suggested it. Or it may have been mentioned by Len Dugow, CEO of LGD Communications, the branding agency and social media agency of record.

Still, there was an “Aha” moment – deciding to make a real statement by removing the iPad from the image entirely and to mimic the logo with a slight variation of the more famous one: Feet up, kicked back and surveying a view so grand you would have to be insane to waste it by staring into an iPad.

As the branding agency we set the scene, staged the shoot and got the image. The banner came together and hung on the west façade of the tower for months. Still more variations appeared in print ads and other media. Watch the video above to see the whole shebang unfold – literally.