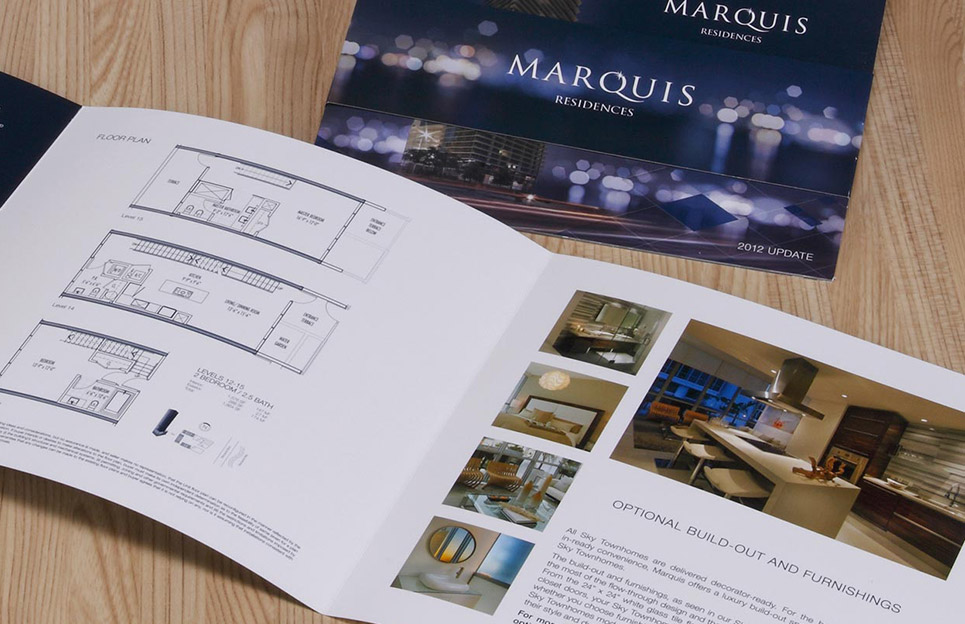 One of the first condominiums to make sales gains after the big economic downturn, Marquis Residences Miami has become a bellwether of success in a skyline of troubled assets. LGD led the way as the branding agency, into a new era of profitability for this and other downtown buildings with its marketing strategy: ‘Deal + Appeal’.

In the run-up to the bust, developers were in a fever pitch to finish their most ambitious projects to date…the tallest, the largest and the most extravagantly appointed condominium developments ever built in Miami. When the lenders foreclosed on the developers, all of these empty new condominium towers landed in the laps of bankers and fund managers–the last people ever expected to be in the business of selling condominiums.

For months, nothing happened. The market held its breath. Then, with foreign bargain hunters on the prowl, the bankers came to town with the clear objective of getting these assets off their books as quickly, with as little bloodshed, as possible. One by one, projects were re-launched, but into a vastly different market than that for which they had been designed. Gone were the superlatives and grandiose claims that had been ubiquitous in condo marketing before the bust. With the developers out of the picture, no one was left on the client side to talk to the original vision behind these developments. Now, it seemed every building was being sold the same way–by numbers.

As the cacophony of price cuts and deep reductions reached a crescendo, our agency, the branding agency of record, delivered an epiphany to the sales teams of a few exceptional downtown properties, including Marquis Residences Miami. With the right balance of the deal and the branded appeal behind each project, the sales effort could reach a more targeted buyer, leading to more sales in less time. Bring branding back, side by side with pricing, and you’ll find the buyers who want your building more than any other.

The line ‘Think Expansive, Not Expensive” launched a campaign that spoke to the spaciousness of the apartments, as well as the vast and unrivaled views, while leading directly to the price point that every buyer needed to see. The sales at Marquis were stronger than expected, and the building was credited with being one of the few that led Downtown Miami out of its market stagnation well in advance of all predictions.